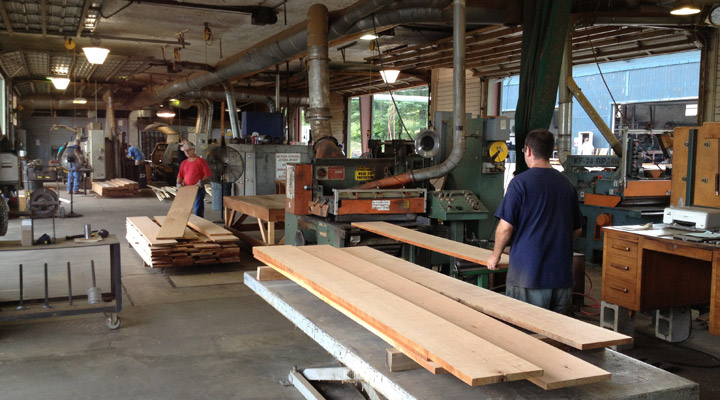 There’s no question that anticipating how to respond to extremely dry conditions for your lumber during the winter months is important. But knowing how to prepare for the changes that the boards go through in the future is perhaps even more critical.

During the wintertime, when they’re stored in a heated shop, your lumber boards are most likely at the lowest moisture content level that they’re ever going to be. When they’re exposed to the increased moisture content in the air as the weather warms up in the spring and summer, you can expect some pretty major movement in the boards. That’s because they’re going to suck that moisture up quickly, like a sponge.

So the question you need to be prepared to answer is, “How do I prepare my lumber to expand due to the increased moisture content in the air without sustaining any long-term negative effects?” 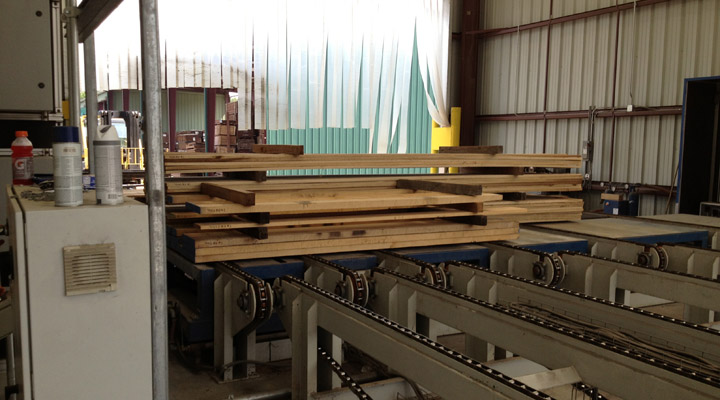 One of the main ways you can avoid problems when your lumber starts to expand is to leave expansion gaps between the boards. This is true whether you’re working with decking boards, tongue and groove surfaces, or ship laps, though the positioning of the gaps will be a bit different depending on the type of lumber you’re dealing with in each situation.

Each species of wood has its own unique movement calculation. Take the time to study the technical specs of each species of wood you have stored on your shelves. These percentages aren’t exact, and you need to factor in a little extra space because of the extra dry air they were exposed to during the wintertime in your shop.

This may sound like a pretty big hassle, but it’s definitely worth the extra time and trouble. If you fail to put the gaps between your boards, you can expect to see a whole host of adverse effects, such as warping and buckling. 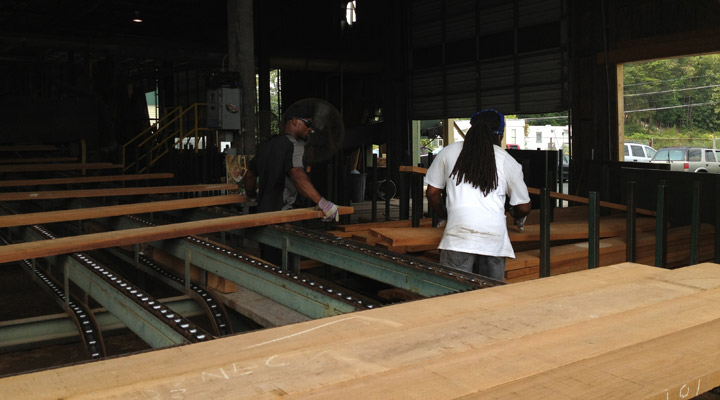 In some scenarios, restraining the wood will prove to be even more important than leaving expansion gaps. The wood is going to move as it takes in moisture from the air no matter what you do, and that’s not a bad thing. Rather than trying to prevent the wood from expanding, you can take smart steps to guide the direction of the wood’s expansion in such a way that it won’t significantly warp, crack, or cup. A combination of leaving large enough expansion gaps and carefully restraining your wood to harness the direction of its expansion can effectively reduce any negative impact you would typically see due to rapid moisture increases.

If you’ve worked with wood for any length of time in an area with freezing winter temperatures, the contents of this article series (see Parts 1 and 2) probably weren’t a surprise to you. It’s a good reminder, however, to think about how running the heat in your shop could impact your wood in the long-term so you can plan accordingly for optimal results as the seasons change. In the future, as the moisture content in the air and in your boards starts to rise, you’ll be glad that you had the foresight to make sure your boards would be ready for the inevitable seasonal expansion.

We have provided fine lumber for notable projects throughout the world, including the Capitol building, Supreme Court building, Smithsonian museums, the White House, and celebrity homes nationwide. END_OF_DOCUMENT_TOKEN_TO_BE_REPLACED